Six at The Baltic | Dining with a view, what about the food? 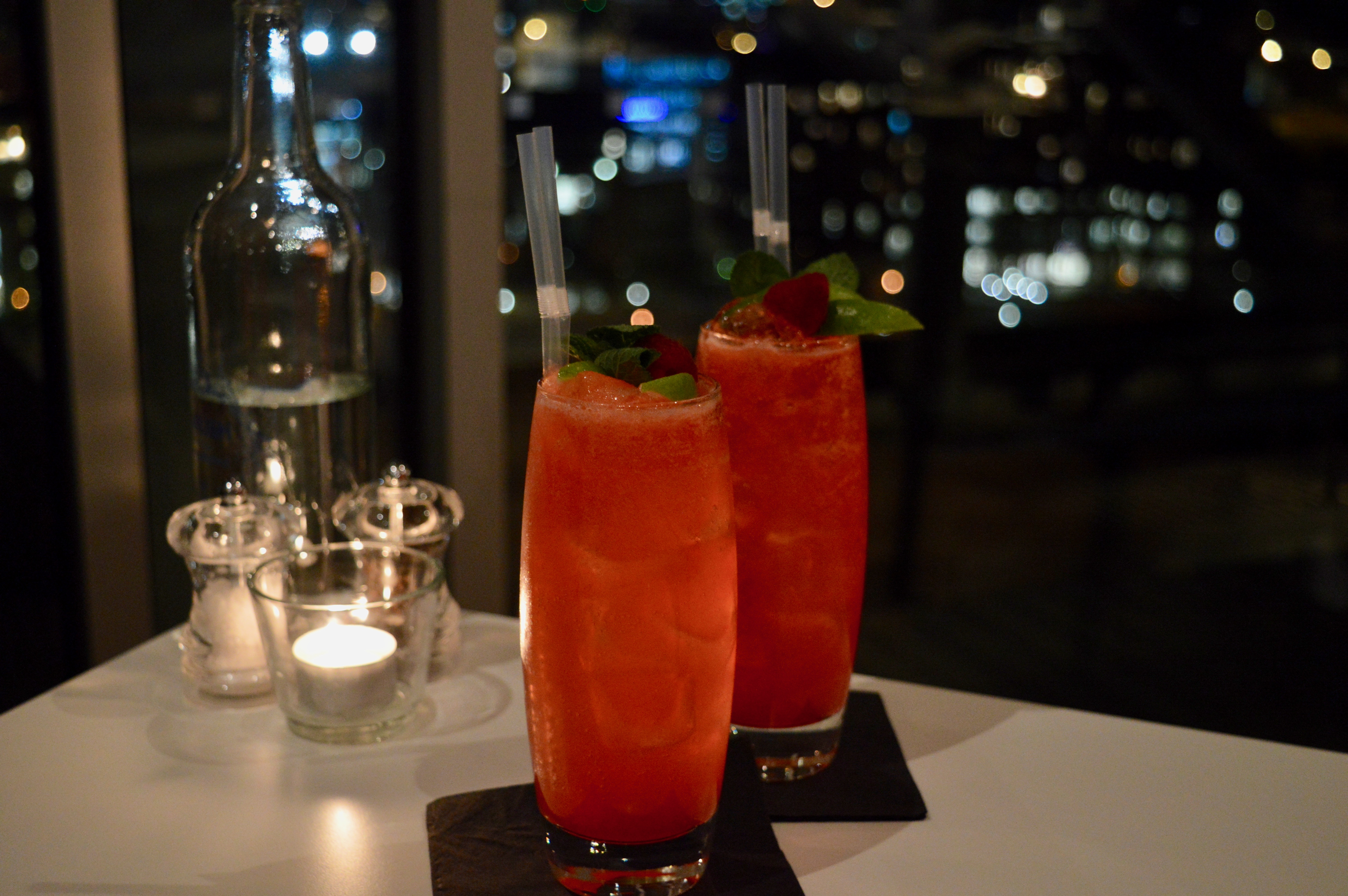 First of all, Newcastle is often ranked as a poll-topping city. From our accent to our amenities, while the views make headlines and even on occasion, our football team creates a stir. With spectacular views of the River Tyne and a steeped heritage in our architecture and a vibe like no other city, I’ve ever been to. As a result Newcastle really is where my heart is.

Over the Summer you may remember I dined 100ft in the sky. The hoisted table was nestled between The Sage and The Baltic and overlooked the Quayside. It was a sensational evening and comes highly recommended.

Knowing how beautiful the views are looking down, I was excited to head to Six, located within The Baltic Art Gallery. If you’re not familiar with Six it’s a rooftop restaurant whereby the chefs cook with sustainable local produce. Having read Alice from Zest of Alice’s glowing review just a few weeks earlier I was eagerly anticipating my visit.

Breathtaking views at the Baltic

Heading to The Baltic we took in the breathtaking views of the Millennium Bridge lit up as dusk fell. Riding the glass elevator to the sixth floor we were suitably impressed with the views.

Arriving on the sixth floor, there’s a drinks lounge and viewing platform with breathtaking panoramic views of the Newcastle and Gateshead Quays.

Entering the restaurant, first of all, we were greeted by a friendly gentleman at the bar before our waitress showed us to our seats. The restaurant itself is in keeping with the theme of The Baltic, an art gallery in the former flour mill, minimalist with industrial exposed metal. With rattan seating and white tables, the table’s decorations again were minimalist.

Whilst myself and my dining companion perused the fixed price menu, we too noticed that this menu was also minimalist. Nevertheless, we made our selection. The small, blonde waitress with glasses and an attitude who was serving us for the evening was pretty rude and relatively condescending in the way that she conducted herself. This was extremely disappointing, especially when the gentleman behind the bar upon entrance had been so welcoming.

Starting the evening off with a cocktail we went for the special, a Pear and Raspberry Mule. A long drink which was relatively tarte, however, it was a lovely start to our meal and therefore highly recommended. Priced at £7.95, this comes in at an average price for a cocktail around the Quayside.

I ordered the ‘Smoked Salmon, Potato Crisps and Soured Cream’ My stack arrived with two crisps in the top. As in Walkers ready salted (other crisps are available!) which I found a bizarre choice. Baring in mind, a regular breakfast for me starts with smoked salmon and either cream cheese or avocado, so I’m pretty well versed in judging my starter. The smoked salmon was fresh and tasty, and because the soured cream worked well it was a welcome change from the regular cream cheese. It was well peppered and thoroughly enjoyable. I enjoyed that the starter was relatively small meaning there was plenty of room left for the main course.

My dining companion opted for the ‘Beetroot Tartare, Cobnut Pesto and Crispy Shallots’. An extremely small starter, she described it as the size of half a lemon. Admittedly the flavours were rich and fresh. The elements worked well together and she did comment on the fact that she thoroughly enjoyed the small amount she had. A most noteworthy vegetarian starter, it was just a shame about the small size.

The fixed price menu had three mains to choose from, either a meat, fish or a vegetarian option. The vegetarian option was a pasta dish; ‘Pumpkin and Fontal Cheese Agnolotti, Pumpkin Seed Gremolata Sauce’.

My dining companion opted for the fish dish, the ‘Steamed Plaice, Sticcoli Broccoli, Smoked Hollandaise’. When it arrived to say it was the most dismal plate of food I’ve ever seen would be paying it a compliment. I’ll let the image do the talking. I have nothing to say about this main apart from probably avoid it at all costs.

It was also most noteworthy that throughout the whole main course the rude waitress avoided our table like the plague, not once checking to see if we were enjoying our meal. When the plates were cleared by another member of the team my dining companion remarked on their food being cold. To the response that food goes cold quickly on a cold plate. Perhaps a plate warmer would be the solution? No apology or thanks, I’ll pass that on to the chefs. All she received seems like a bog standard passing of the buck.

If you’re looking for other restaurants that I would consequently recommend in Newcastle check out these reviews:

I had opted for the ‘In-House Chorizo Sausages, White Bean Puree, Red Pepper Pesto’. Admittedly I was eager to see what this would be as I’ve never had Chorizo as a main, only as an accompaniment to the main dish. My main arrived with two cocktail sausage size Chorizo sausages. Upon a puree with a small drizzle of pesto. While the broccoli had clearly been thrown on to bulk out the dish. The sausages were nice, nothing to rave about though. The pesto was fiery and actually thoroughly enjoyable, it worked well giving the sausages a kick of flavour. Yet the puree was a little none descript. Not the worst main course I’ve ever had, it was simply nothing special.

Therefore we both agreed that we were also glad that we had ordered a side of fries to share as they were well needed.

Can the desserts redeem Six?

So, finally, the desserts. The waitress who had been nowhere to be seen throughout the whole service brought over the dessert menus. Stating she’d give us 5 minutes for a breather as the dishes were large portions. Yeah, if you’re a borrower!

Consequently, I opted for the ‘White Chocolate and Berry Creme Brûlée’ which you can’t really get wrong? The dessert was served in a small ramekin and was my favourite of the three courses. It was rather delicious and absolutely perfect.

While my dining companion chose the ‘Frangipane and Pear Tart, Creme Fraiche and Jam’, something she’d never usually choose, however, did comment on the fact that she thoroughly enjoyed the dessert and it made her feel very festive. The tart was a great size and was rich in flavour. Meanwhile, the creme fraiche worked exceptionally well to bring out the flavour of the pear.

The three-course menu is priced at £24.50 which is similar to other restaurants in the city, however, we both thought that the quality of the food didn’t justify the price of the menu. In addition, I don’t think that I’d return to Six which is a little disappointing as the views are spectacular and it’s amenable for if you’re going to The Sage for an evening of music.

Consequently, I’m hoping we just caught the restaurant on a bad day? Have you been to Six I’d love to know your thoughts?

So why not pin me for later?