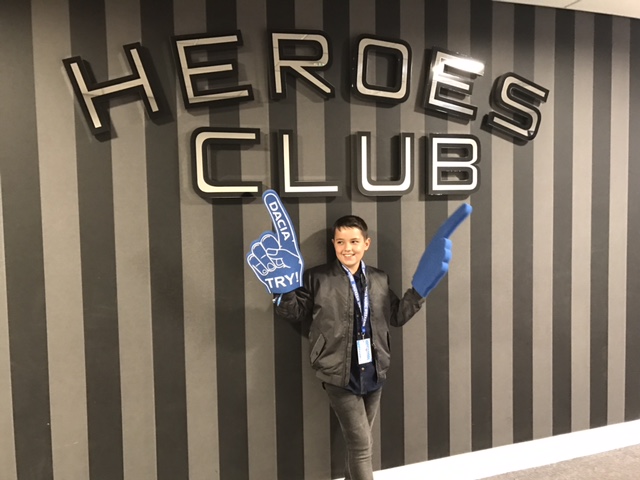 We’re only just recovering from one magical weekend.

With over 62,000 Rugby League fans descending on the hallowed ground of St James’ Park, Newcastle. We knew it was going to be an epic weekend.

St James’ has certainly been home to some of the biggest sporting events the country has seen over the past few years. Including the Rugby World Cup and the 2012 Olympics. So we knew that the magic of the stadium teamed with the pumped up fans was going to create one electric atmosphere!

With a cousin who plays for the Ladies North of England Rugby team and an uncle coaching kids Rugby (all be it Union). We come from a family of sports fans. Not a sports fan? You can’t deny the atmosphere on and off the pitch regardless of the sporting event, makes for a great day out.

Arriving on Saturday, we headed out of the metro station below the ground and through the fan zone. With sponsors Dacia showcasing their fleet of cars (which are all priced at extremely reasonable prices). Handing out Gladiator foam hands, sunglasses and caps. The youngest of my two cousins emerged from a Dacia with all of the blue branded goodies he could get his hands on.

With lots of activities going on in the fan zone and sponsors such as Steve Harper’s oddballs, Bachelors Mushy Peas and Betfred’s stage. With famous ex-rugby players taking a grilling. There were an array of different activities in events on for everybody heading to the ground to absorb before they headed into the impressive (promise I’m not biased) ground.

We headed up to the Milburn Reception and into the lift. Greeted by Sky Sports Commentators and promotional staff handing out Magic Weekend badges. My little cousin was thrilled at star spotting already. Heading into the Heroes Club we took a seat and enjoyed the pre-game food and drinks.

A Newcastle great, Peter Beardsley entered he was greeted by children and grown men having their photos taken and signing match programmes. Already well known around these parts for not only his commendable football but his dedication to the club. He is one of the most genuinely lovely gentlemen. Actually, nothing was too much trouble, much like another Newcastle great. Steve Harper who was there with his adorable son, sporting an Oddballs jacket, supporting his dad’s charity business.

We certainly filled up our stomachs and glasses and after being welcomed by Claire Morrow who was incredibly proud of the Rugby festival and rightly so. We headed out to the Directors Box. Across the magnificent crest of my home team, to take our seats. With the most spectacular view. Ready for the first game to begin.

A thrilling match saw Wakefield Trinity trounce Widnes Vikings 34-12 in an exhilarating opening to the weekend. After the first exciting match was over, we headed back into the Heroes Club for a Q&A session with Kevin Sinfield (legend). Who was grilled in a little Ant & Dec style session. By two young fans, who weren’t afraid to ask all of the awkward questions? They challenged Kevin to a cartwheel-off.

He was a great sport and talked for about 15 minutes about his experiences in both league and union which was great to hear, although we’re yet to see the cartwheel. A different selection of food was served and of course, more wine was had.

Next game, the game of the day in the eyes of my Scouse cousins. Hull FC took on the mighty St Helens. We were all shouting for Saints of course. With a 45-0 hammering of The Arlie Birds, St Helens fans were in fine form.

Back to the craic

Back in to the hospitality suite where a buffet was served and this time a Q&A from Eorl Crabtree. Nephew of the legendary Shirley ‘Big Daddy’ Crabtree (the wrestler and professional rugby player). Who had ridden up on his bike alongside the Huddersfield Giants (his former team) and FLAB Sportswear. The 120 miles from Huddersfield to raise money in memory of late Giants teammate Ronan Costello. Well done lads what a great achievement. He’ll be looking down so touched by this incredible achievement.

Once we had all laughed at the ‘censored’ stories told by the ex-Rugby players. We headed back to our seats for the final time. To watch Wigan Warriors take on Warrington Wolves. Which was a tense game and the final score ended up 24 a piece.  Surprisingly, as Eorl couldn’t decide upon the winner of this game, naming the teams ‘Wigton’. He couldn’t have got the contraction of the teams more spot-on in this game.

So no sooner had we got home, we were heading back to the stadium for day two of the magic. We dodged our way through the thick crowds in the fan zone. With the little one having a go at throwing Rugby balls through holes to win prizes. Swinging mallets to see if he could ring the bell with his Hulk-like strength. Before accepting the challenge to show us his best try at the #Bedzrus stand.

Heading once again to the Milburn Reception for our VIP hospitality and into the lift (no celebrities spotted this time). We were greeted at reception by the ground staff, who had thoroughly enjoyed the previous day. They all commented about the more relaxed and family-friendly atmosphere that Rugby League engenders.

Still, hair-raising, most noteworthy rugby fans are in a different league, they go for the great day out and enjoy the lighthearted banter without animosity. OMG, I think I might have been converted from football to rugby!

We enjoyed three certainly spectacular games including Catalan Dragons vs Eorl’s Huddersfield Giants. The Dragons, travelling from Perpignan, France. As all the teams had travelled from the North West, and the Dragons had travelled considerably North to be here. Having to pack their passports and winter coats! We decided to pledge our allegiance to them this match. Unfortunately, our Dragons had been slain by the Giants and were defeated 18-10. With a dragon in the crowd and fans waving their yellow and red flags it was a thoroughly enjoyable game. Surrounded by Rugby Leagues legends. Golf hero Lee Westwood, NUFC heroes and lovers of the game, everyone was in fine voice and spirit.

This game was followed by Centurions against The Red Devils which was hard-fought and finished 36-22 to the Red Devils (who played in yellow – how confusing?!). With a red card for Adam Higson, this game was fierce and tense.

The final game billed as the biggest game of the Super League fixtures against newly promoted Cass and old favourites Rhinos. This was sure to be a jungle clash, with the Tigers meeting the Rhinos for a beast of a game.

Similarly, with the Cass supporters in fine form, sat in the Leazes End they sang and chanted the whole game. Probably the game with the best atmosphere it finished 29-18 to the Tigers. The whole of the stadium erupted into ‘We are top of the league’ chants. A chant which only the week before echoed around St James’ for our boys in Black & White. For one year, St James’ really turned up the top of the league both for football and for the arrival of Castleford Tigers.

With delicious food and plenty of flowing wine to drink between the games whilst we enjoyed the etymology from ex-rugby players. Including Mike Bennett as compère and master of ceremonies, this time for the Q&A, did a fantastic job.

A great weekend was had by all and everybody involved truly made it so special. A massive thank you to the

RFL for making the weekend truly magical for all the family. Thank you to Dacia for two days of a small child chasing me with a sponge hand (sponge makes my skin crawl). Most importantly thank you so much to the ground staff at St James’ Park for the hospitality and for being in great spirit, having a great laugh and being so welcoming.

Finally, with an estimated £8m being injected into the city over the two-day event. It questions why do we not create more opportunities for sport in the economy. With a high achieving basketball, football and rugby culture. The carnival atmosphere is probably most suited for THE party capital of the UK.

We truly hope that next year The Magic Weekend returns to the best city in the world! 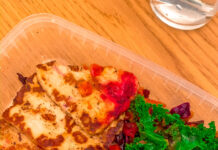 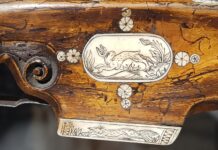 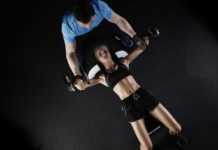 Building a Home Gym – 3 Important Things You Need to Consider

ITV 9am Switch Off: #IAMTEAMGB are you?