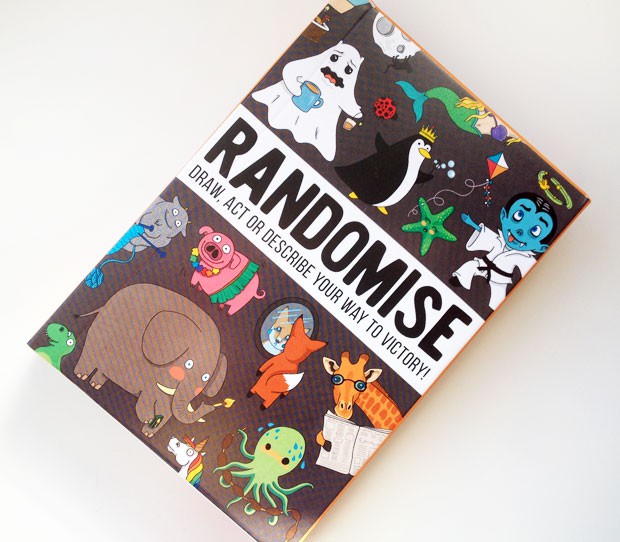 My family. We’re a funny bunch.  There are only 8 of us, however, we’re never short of laughs.

We all ascend and cause mayhem at my Grandma & Granda’s house in the Lake District on some birthdays. Easter and Christmas.  My Granda brings the sofa from the conservatory through into the living room and we affectionately call it the Gogglebox sofa. That’s where my Mum, Grandma, 13-year-old cousin and I all sit. We’re an absolute roar (or so we think we are) and every single time comment on how great we’d be on Gogglebox.

We’re all very family orientated. I guess that’s because my Grandma is quite possibly the most beautiful person you’ll ever meet.

Family board games are essential in our house and we are always on the lookout for great games to involve the full family. My youngest cousin is 8 next week so it’s essential that he is able to be included.

Related Read: What to do in Tenerife when the weather isn’t hot

Our favourite games are usually Cranium types of games. Which involved acting, singing, humming (this is usually a laugh), and some thinking for the more intelligent members of the family such as my fantastic Granda.

We also absolutely love the Really Nasty Horse Racing Game, don’t know what that says about us; we either love a gamble or we’re awful to each other.

When we found Randomise we were eager to try it.  We decide to play it just Easter gone. In the box (which is perfect for throwing in your suitcase if you’ve got a Summer holiday coming up), you’ll find three sets of cards.

An A pile, a B pile and a C pile. The aim of the game is to either act, draw or describe the cards.

We split into two teams of three, I had my 7-year-old cousin on my team – he’s obsessed with fires, guns and Bear Grylls – this will become important later in the game and my Grandma.

I love them dearly, however, it’s like team sports at school, you know when you were picked last you were never good. In family board game stakes, my cousin and Grandma are always the last to be picked. Great, well our team wasn’t winning.

Just a note: I am very competitive.

On the other team was my 13-year-old cousin (who’s just launched her own blog and reviewed this game too – check her out here – massively proud of her!), my Mum and my Auntie.

First up my 7-year-old cousin picked his three cards and the opposing team chose three numbers for him 1,3,2 he had to pick the first word on card A, the third on B and the second on C.

He decided he was going to act it out, he’s a great little actor, especially when he’s pretending his sister has done something awful to him, you know like siblings do (most of the time she’s not even in the room) so we thought he’d be great at that.

The first word he acted, was scared. He wobbled his legs and his arms. Wobbly, soft, weak were all shouted before eventually scared was called.

This was his second card. He was acting out a scared octopus. Of course, he was, as my Auntie, Cousin and Mum sat there laughing at my Grandma and I struggling.

He moved onto his action card. He put his right arm out rolled up his sleeve; by this time we had very little time to guess. He started flicking his left index finger up his arm in a swiping motion.

The list went on and the time ran out. We had managed to guess a scared octopus, however, we hadn’t guessed any further. As we asked him to reveal his final card after the other team had a go at guessing, he turned it over and the word that came out of his mouth was “Skinning”.

This 7-year-old Bear Grylls enthusiast was not only trying to act out skinning himself, he actually knew what it meant. I looked at him with an endearing smile and pointed out that the card in fact said Skiing.

So at this point, the whole room erupted in laughter.

The game went on, my Grandma acting out a poor blackbird reading the newspaper, or my mum’s gigantic superhero playing the drums were up there with my favourites.

Unfortunately, our team lost (shock?!) as it was the first team to 30 points, which lasted about half an hour, this was a perfect time for my little cousin as anything longer he loses interest.

From start to finish this game provided us with a whole host of laughter and we thoroughly enjoyed it, so much so that it was played a couple of times over the Easter break.

This game is great fun for all ages, it’s easy to get the hang of it and it can be played anywhere. Although I wasn’t drinking this Easter weekend, the drunker the ladies got, the funnier the game became.

We thoroughly enjoyed it as a family and would recommend your family to play it too!

The game can be purchased here – in addition, why not follow Randomise on social media

So, while you’re at it why not check out my cousin The Lively Blogger’s blog. I’m absolutely amazed and super proud of her!