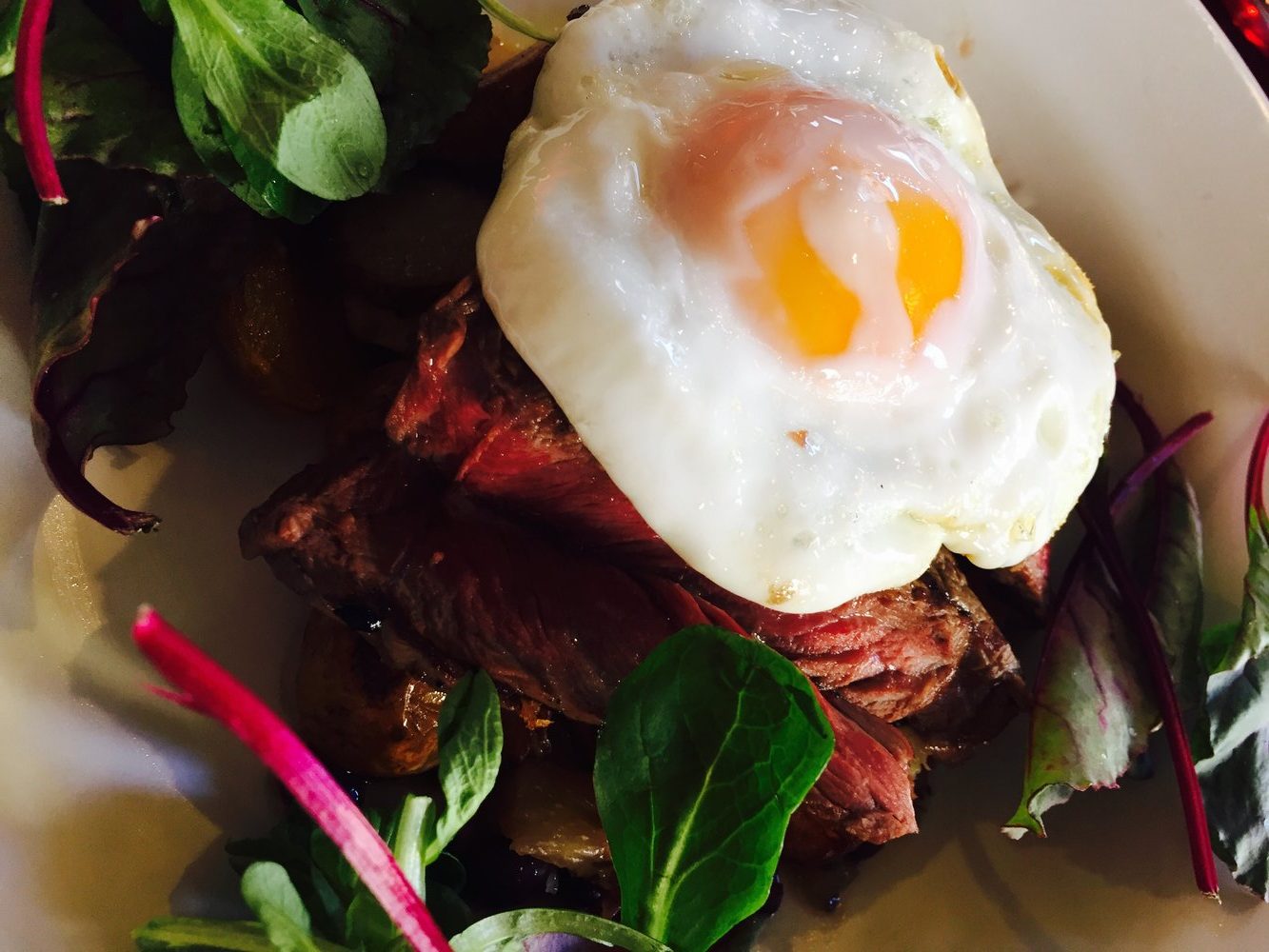 I don’t know if I’ve mentioned it (I probably have, you know because it’s pretty much a big deal). But after 20 years and a gluten intolerance later I stopped being a vegetarian in favour of (Miller & Carter) steaks and chicken.

It happened almost overnight and I’ve literally spent the last few months wondering why I deprived myself of meat for so long. I’ve also noticed a massive improvement in my health since starting to eat meat. Anyway, I’m probably preaching to the converted anyway!

A few weeks ago we decided to try our Miller & Carter, Newcastle. As we were heading to pick my Grandma & Granda up from the airport we decided to call in for lunch before collecting them.

Arriving into the steakhouse, which was formally The Lodge for those of you not familiar where Miller & Carter is. We overheard in conversation on the next table that Ant & Dec used to own it before Miller & Carter took over.

The rich reds and gorgeous lighting teamed with dark wood were sophisticated and boutique like. But with the feel of a more relaxed atmosphere. As we took a seat in one of the booths we perused the lunch menu. Which was a bargain at two courses for £10.95 or 3 courses for 13.95.

I had decided on calamari and steak hash. My dinner date, calamari followed by a steak and cheese baguette was their combination of choice.

As we chatted and laughed with the waitress, and then amongst ourselves. Our starters arrived virtually within minutes. The service was certainly speedy.

With light batter and delicious tender squid, we both enjoyed our portion of Calamari as we dipped it into our garlic sauce. The starter was fresh, piping hot and a real hit.

We finished our starters and continued to chat over a glass of wine. The restaurant had a constant flow of people coming in for lunch. However, it wasn’t manic which added to the ambience. As music filled the empty pauses and the silences of all the diners.

Not long after our plates had been cleared our mains arrived. As a massive fan of Huevos Rancheros (a Mexican egg and beans dish). I can only compare my steak to that. With a tender and juicy medium cooked steak set upon crispy baby potatoes, avocado, black turtle bean salsa and an egg the flavours were totally divine. Again super fresh the blend of the different textures were so tasty and the steak was cooked to perfection.

The Steak & Monterey Jack Ciabatta looked every bit as delicious. Served with onions and fries this was a perfect lunchtime grab and go menu. Which catered for all.

The food was so great, the staff were friendly. The restaurant was clean and it was exceptional value for money. Miller & Carter, thank you, we’ll be back.