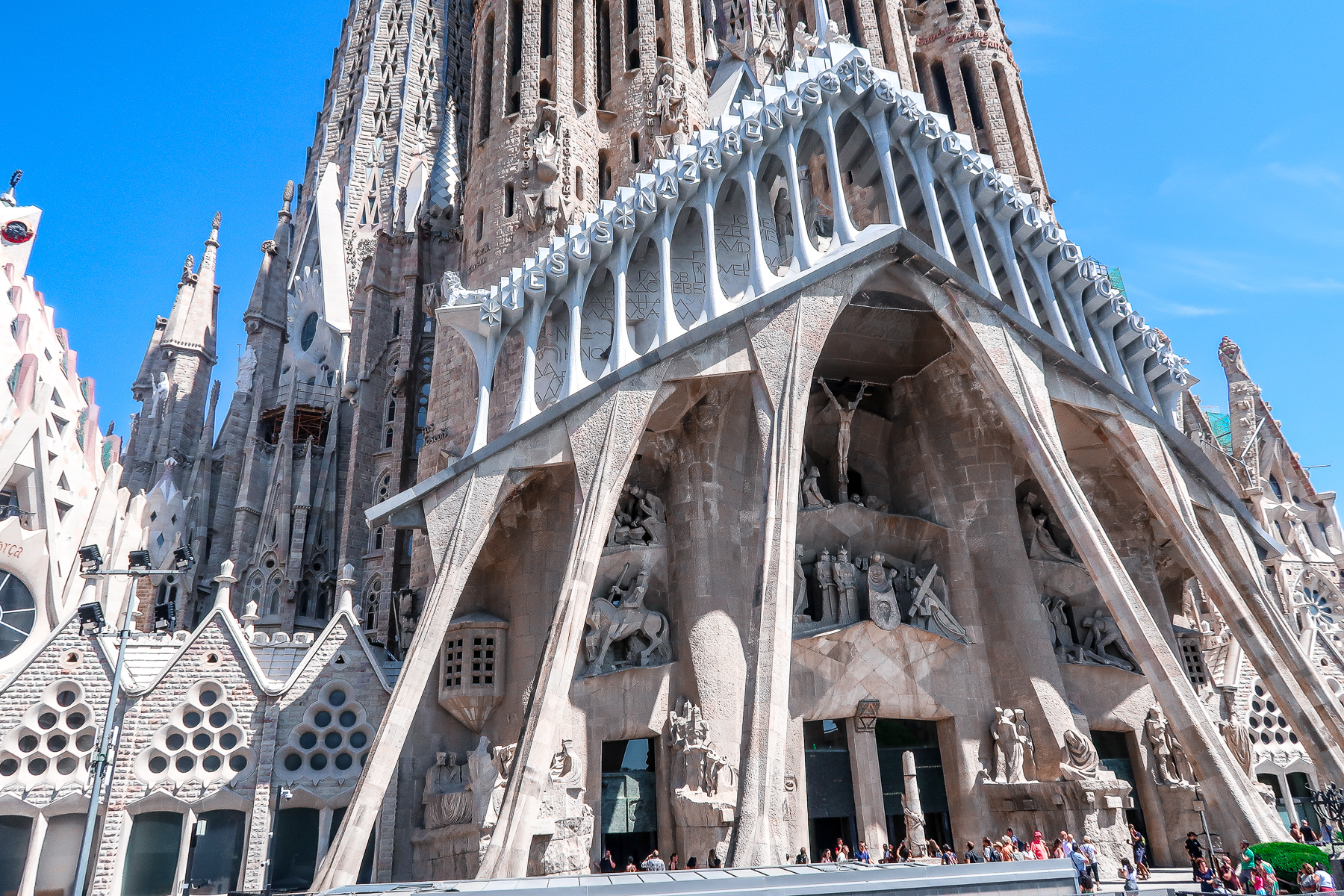 How To Spend An Awesome 12 Hours In Barcelona

Barcelona is often regarded as one of Spain’s most magnificent cities. With world-class football hailing from here and rich culture, there’s plenty to see and do. We spent 12 hours in Barcelona after our recent Norweigan Cruise and explored only a small surface of this vast city. Here’s how we’d recommend a short stay if you’re passing through.

In Barcelona, there is something for everyone. The city has a total of 20 Michelin stars so is perfect if you’re a food lover. If you’re looking for historic culture there’s an incredible choice of beautiful buildings and events to keep you entertained. There’s also plenty of urban beaches, a world-class nightlife scene and a plethora of great shopping you won’t know where to begin.

Always choose the Hop On Hop Off Bus

As with any unfamiliar city, we always love to get our bearings on the hop on hop off buses. The cheapest bus tickets in Barcelona can be found here. There are three routes (two in the Winter) on the tour which take you to different parts of the city.

The Red Line takes you to the 1992 Olympic Village on Montjuïc Hill. This route will also take you passed the Museu Nacional d’Art de Catalunya. Renowned as the home of the world’s best collection of Romanesque art. You’ll also pass through the Medieval Gothic Quarter. Make sure to visit Plaça de Rei here, where, legend has it, Columbus met King Ferdinand and Queen Isabella after he returned from the New World.

Take a trip on the Blue Line to learn more about some of Antoni Gaudí’s most famous works. As you approach the Sagrada Familia get ready to and marvel at the unique design. Grab a look at Barcelona’s famous basilica and discover the history behind Spain’s most visited building. Continue along the Blue Line to enjoy a double dose of Gauidí’s brilliant and colourful architectural style when you explore Park Güell.

Much like many of Barcelona’s other architectural feats, La Sagrada Família was and continues to be, extremely controversial.

For years there lies a huge debate between scholars whether engineers have strayed too far from architect Antoni Gaudí’s original vision. He died when just a quarter of the project had been built. Many of Barcelona’s citizens deem La Sagrada Família as the greatest achievement of all of the Catalan buildings, others view the structure as a glaring, expensive parody of it.

All this aside it is hard not to be swept away with the magic of La Sagrada Família. The intricate detailing which fuses Catalan Modernism, Spanish Late-Gothic and Art Nouveau styles as well as nature as a central inspiration. The basilica epitomises Gaudi’s belief that nature and the divine were inextricably linked and uses both bold colours and unconventional animal representations.

When its spires are finished (in 2026) it will be the tallest church building in the world, and will hardly resemble any religious structure known to man.

If you want to see more of Gaudi’s work after experiencing the La Sagrada Família then you’ll want to see the Casa Batlló. This is one of the most featured postcard images of Barcelona. The apartment block wasn’t created from scratch however it was remodelled at the turn of the 20th century.

As with all of his work, Casa Batlló features a sinuous style and pays incredible attention to detail both inside and out. The mushroom-shaped fireplaces creates a cosy grotto feel and was specifically designed for couples to warm up together in the winter.

The most (in)famous street in Barcelona, Las Ramblas. Many locals shun this street, however, if you’re a tourist it’s one of the places you must go to in Barcelona. Take a stroll down the wide, shaded boulevard that runs through the heart of the city from Plaça de Catalunya down to Port Vell. There’s never a dull moment here from street performances to people-watching, bird-sellers and flower stands.

If you’re looking to get a bird’s-eye view of all the action, head to the 18th-story mirador at Columbus Monument for panoramic views of the city and sea. Once you get to the bottom of Las Ramblas carry on down along the boards to visit the Maremagnum mall or Barcelona’s Aquarium.

Do make sure you watch your bags and wallets as it is pickpocket central here.

There are a whole host of Baroque and Renaissance masterpieces on display at the Museu Nacional D’Art de Catalunya (National Museum of Catalan Art). The museum is even home to one of Diego Velázquez’s most famous portraits, San Pablo.

This museum is set apart from others in the city dut to the scope of its Romanesque collection. Which is one of the most exhaustive in the world. It chronicles the pre-Gothic beginnings of religious art in Catalonia. While you’re there make sure you don’t miss out on the biblical fresco titled Apse of Sant Climent de Taüll. This has been claimed as the crown jewel of the collection.

The beachfront boardwalk of Barcelona stretches for miles. And whilst the city may not have the prettiest beaches, they are pretty lively. With plenty of maritime dining and fresh Catalan seafood, you’ll not be stuck for great food, strong cocktails and lots of feet tapping music as there’s something for everyone.

It’ll take an hour to get from Barceloneta to Diagonal Mar on foot however it will help you really get to grips with the city. The westernmost beaches such as Sant Sebastià are typically touristy. They are backed by quirky stores and bars with terraces and outdoor seating so you can enjoy the atmosphere.

The beaches by the Olympic Port are less hectic and this is where you’ll find more locals. Head further along the beachfront up from Platja de Llevant and you’ll find the Diagonal Mar mall. This large shopping mall has revitalised a former industrial part of the city.

Dine: Xiroi on the Beach by the large fish

Visiting Barcelona is almost a pilgrimage for many football fans. Thousands coming to cheer on Barcelona at their home ground, Camp Nou. With people visiting from all across the globe Camp Nou boasts the highest capacity stadium in Europe seating 99,354 spectators.

The stadium offers a guided tour on days that Barcelona aren’t playing at home. So do make sure you keep this in mind when planning a visit. This brings the game-day rush to life as you head down the players’ tunnel. You can also have your photograph taken with a replica trophy.  Browse memorabilia from the greatest players to wear the Barca strip-like Maradona, Messi, Figo, Ronaldo and more.

There’s so much to see and do in this city. We really only scratched the surface on our day in Barcelona. Have you visited Barcelona? I’d love to know where you visited and what you got up to. Let me know below. 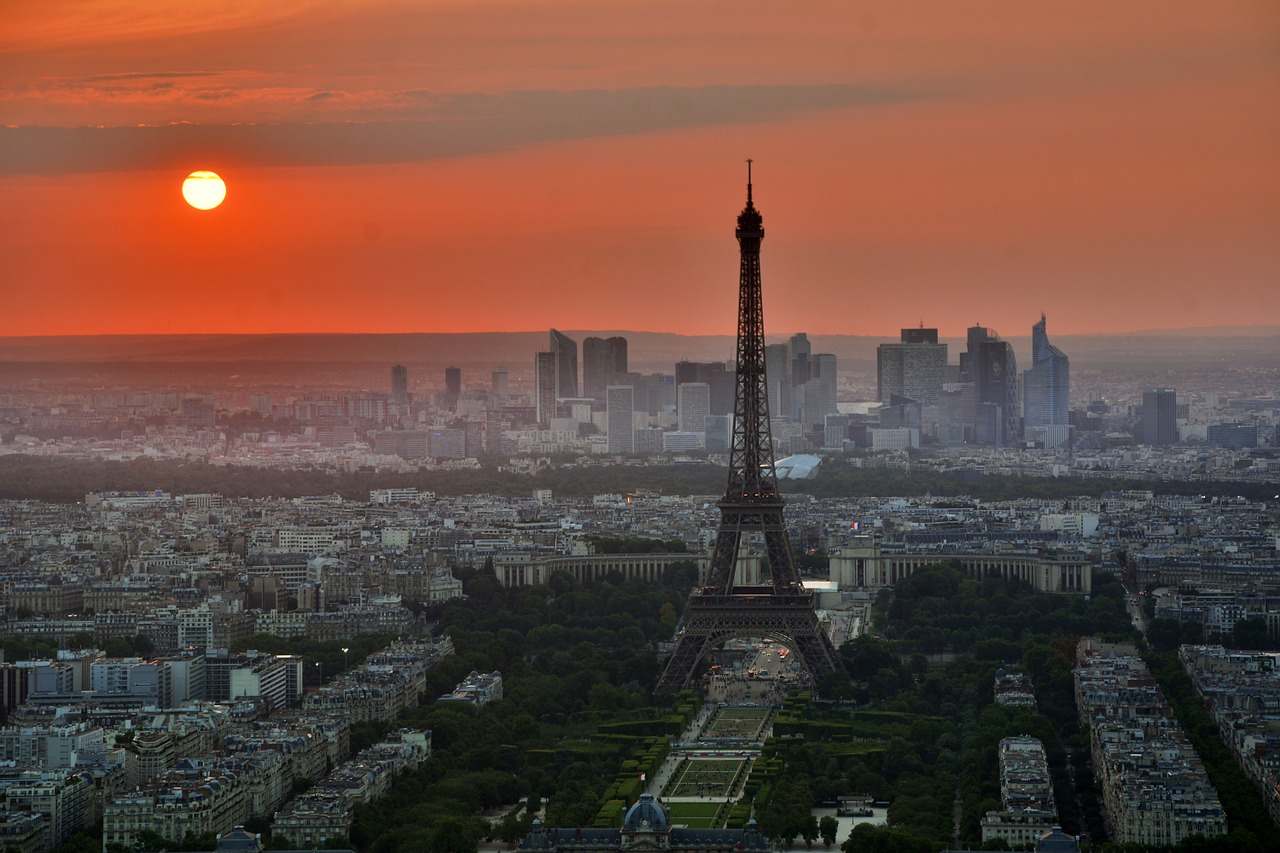 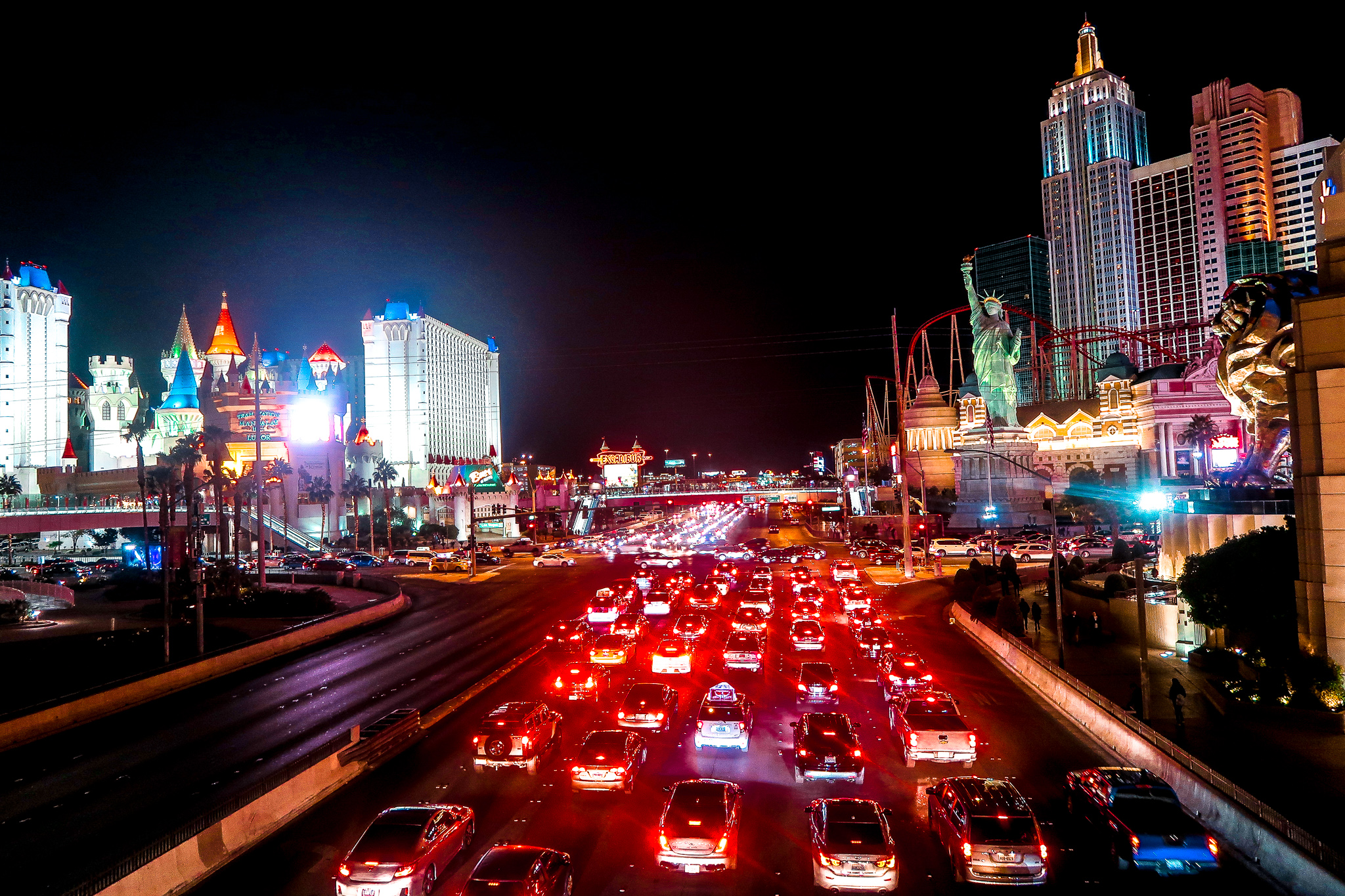 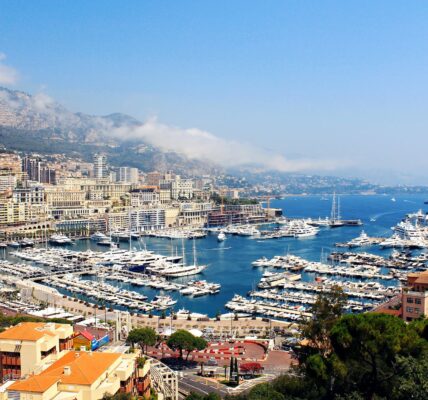 What Are The World’s 7 Most Stylish Sporting Events? 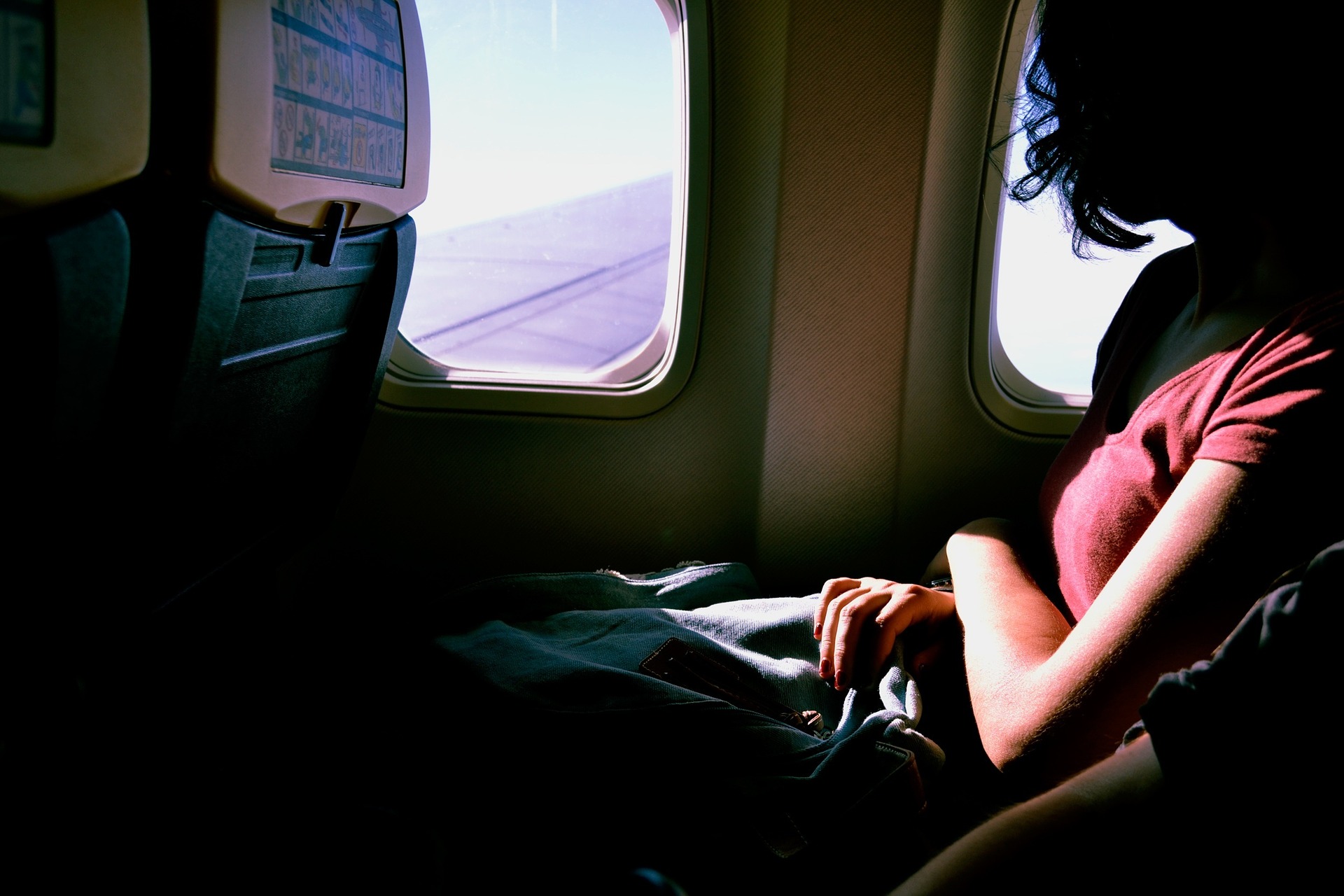