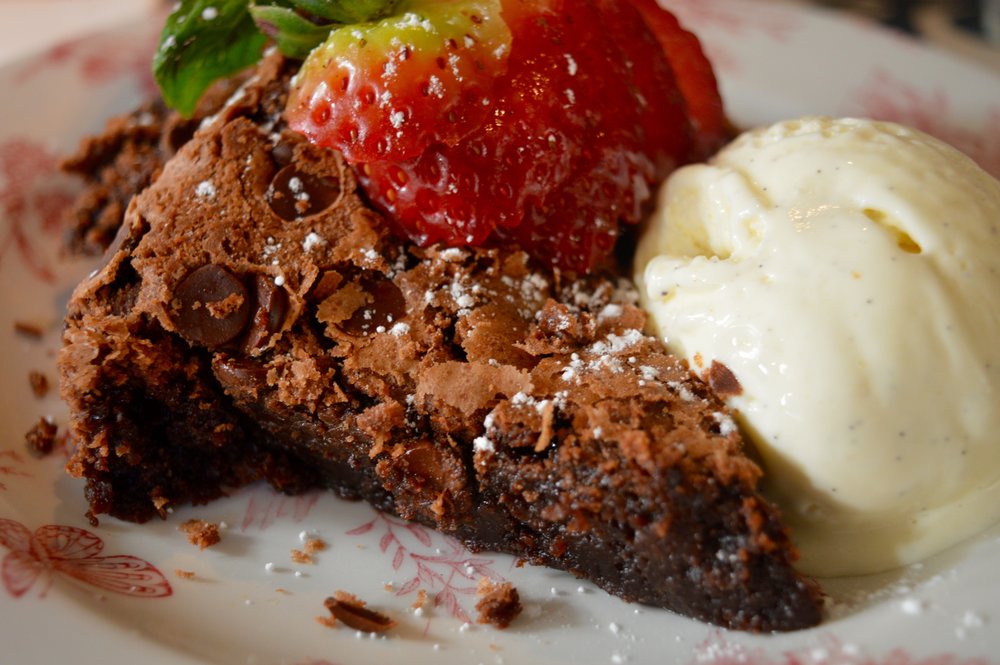 If you caught up with Tuesday’s post you’d know that last Thursday I headed to Tapas Revolution to enjoy a Spanish feast. On Sunday of the same week, I headed to Revolution Newcastle for the launch of Soul Sundays.

The concept behind Soul Sundays is simple. Good traditional British roast dinners accompanied by the sweet soulful sounds of the house band. Playing a medley of classic tunes as you sip cocktails and enjoy their food offering. In the gorgeous surroundings of what was one a bank on the heart of Mosely Street in Newcastle.

Arriving for the launch of Soul Saturdays we were shown to our table situated on the balcony. As the waitress took our drinks order I opted for an Elderflower Bellini and also asked for some table water too. I am still yet to see my table water…

As we were sat perusing the lunch menu printed on the cutest rustic newspaper with quirky adverts to make you smile and jokes to make you laugh. The band began to play some absolute classic tunes. This well known national chain was bustling with diners. Groups of girls sipping mimosas and families with small children. All feasting on the newly launched menu. The vibe was chilled and it felt super cosmopolitan. This is a great destination for a relaxing afternoon enjoying the sounds of a live band.

For my starter, I opted for the Breaded Halloumi with Hummus, Dukkah, House Flatbread & Pomegranate. And my main the Roast Beef Sirloin with Yorkshire Pudding. Since starting to eat meat one of my favourite meals is a big roast on a Sunday. Especially with great quality beef.

What did the cheese say to itself in the mirror? Halloumi…

As we chatted and tapped our feet in time to the music, chatted to the handful of people we knew on surrounding tables our starters arrived. Beautifully presented were triangles of breaded Halloumi with flatbread dividers were positioned upon hummus. Halloumi is my all time favourite cheese. The starter was good, however, in my honest opinion, this probably works better with a more flavoursome cheese such as mozzarella instead of halloumi which is best served grilled for that squeak on your teeth as you take a bite. The hummus was absolutely delicious paired with the flatbread which was served warm.

After finishing our first course I opted for a diet coke to accompany my dinner. Wishing I had taken the metro to enjoy Rev’s amazing cocktails. I mean these guys nail cocktail making! As my coke was brought so too were the mains. We had both opted for the beef. The beef was served half well done, half rare. A strange concept I’ve never experienced before and a mean feat by the chef! The beef was extremely fatty, this might have just been the cut that we had. However, the gravy, Yorkshire pudding and veg were perfect especially the balsamic onion which was delicious.

Suitably full from the food we toyed with the idea of dessert. Deliberating, my inner gluttony began to show itself and I chose the chocolate brownie. My favourite of the three courses this rich, gooey, warm chocolate brownie with chocolate chips and a melting scoop of ice cream was to die for. It was absolutely delicious and I certainly would recommend saving yourself for the brownie!

Food for the soul

The afternoon was lovely. It was relaxed and the Soul was fabulous. The food on this occasion was average and at £18 for a three course Sunday lunch I expected more from this. However, having eaten at Revolution previously many times over the years I can honestly say that this has been the first time that it’s been anything less than great! Their cheese fries are to die for. And I know that it was just one of those days. This totally won’t put me off returning for food.

With the opening of the new Grey Quarter in intu’s Eldon Square which plays home to an array of different cuisines such as BBQ Steakhouses, Spanish Tapas, Burgers, Pizzas and even Thai (review on that later this week – doing some serious eating at the minute?!). The established Vodka bar positioned next to Central Station really needs to really put on a spectacle. In order to be recognised as a place for great food and a great atmosphere and become the destination to grab Sunday Lunch. The band was fantastic and the atmosphere was so relaxing. Just on this occasion the food wasn’t up to the standard it should have been, especially for a Press Launch.

Soul Sundays Menu is priced £15 for two courses and £18 for threes courses and is available every Sunday from now on at Revolution Newcastle.